Find this article at:
go.ncsu.edu/readext?732698
— Written By Ivelisse Colón 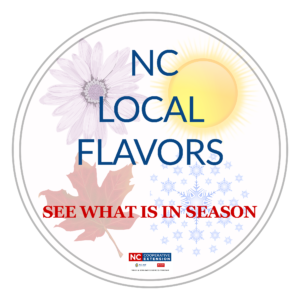 You have probably noticed an increased promotion for consuming local produce during the past years. And with good reason! A diet rich in fruits and vegetables provides many health benefits to our body; it provides good sources of dietary fiber, helps prevent chronic diseases, and may protect against certain types of cancers. Also, more people are enjoying having a garden at home, at childcare centers, and schools. Some farmer’s markets have helped increase accessibility of local foods by offering a “double-bucks” program for SNAP beneficiaries, and are accepting vouchers from the WIC Farmers’ Market and Senior Farmers’ Market programs.

For Kristen Kowzan, one of our Extension Master Food Volunteers, her love for produce began a while ago when she became a vegetarian. Here she shares how she changed her way of eating and one of her favorite recipes. Let’s hear from her!

Ivelisse: Have you always been vegetarian and if not when you became one?

Kristen: I was born in a meat and potatoes family. I decided to be a vegetarian at 19 and rarely looked back. Almost 30 years later, I am healthier than most my age and can unashamedly look a cow in the eye. My motivation had nothing to do with the well-fare of animals though. I was preparing to go on a road trip with a destination but no real itinerary and thought it might be less expensive to give up meat for the trip. And so I did! I lived for 2 months in a tent in Tucson Arizona making occasional trips to the health food store for supplies. The Vegetarian Diet worked for that way of life. However, surprisingly, when I came home from my trip, meat no longer tasted good to me.

Ivelisse: I know you have worked in the restaurant industry before. Did becoming a vegetarian initiate your love for cooking?

Kristen: It was way before that! My relationship with food began in childhood when, at the age of two, I would perch upon the kitchen counter and pull all the spices for my mothers’ famous meatball recipe out of the cabinet. This youthful connection to food foreshadowed a love and interest that would not fully express itself until I was living on my own. 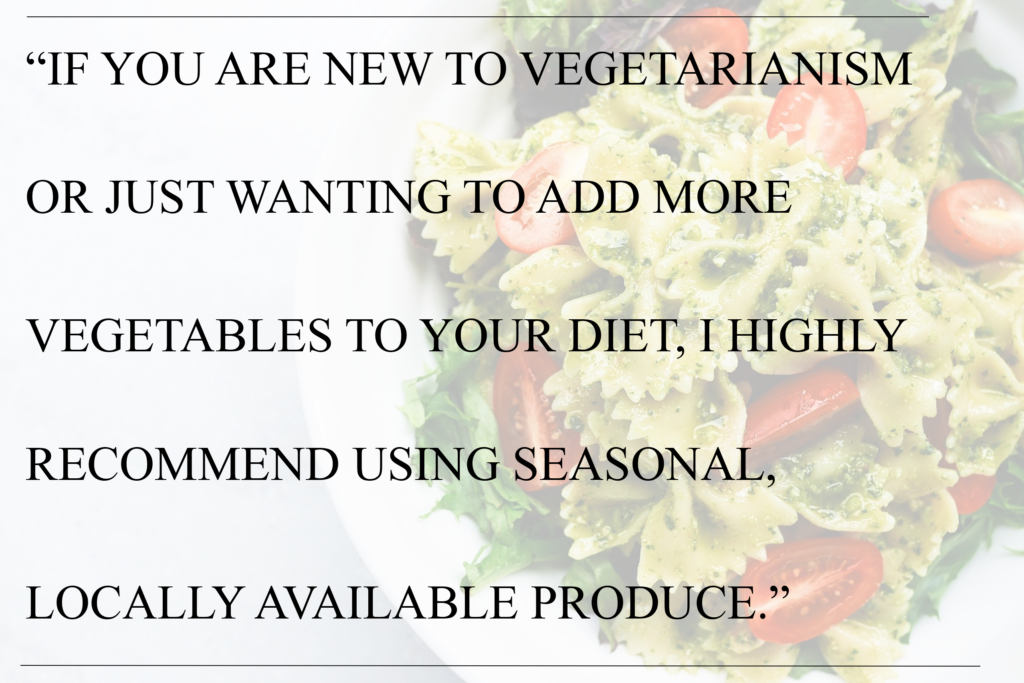 Ivelisse: Can you share some experiences that as an adult, fostered that love for food.

Kristen: Sure! I worked in a few restaurants and learned something new about food at each place. In 1997, I worked at a vegetarian restaurant in Buffalo, NY where I learned the basics of baking pies, cakes, cookies, and scones.

They served the best veggie burger and chili I have ever had. I have those recipes and still make both to this day! Then I moved to Florida and worked in a health food store cafe. While they did serve meat, they also had vegetarian entrees, smoothies, and vegetable juices. They had many delicious recipes I held on to over the years including mac and cheese with gouda cheese, broccoli, and pecans that I made just last week.

Ivelisse: Have you ever had concerns about not eating meat?

Kristen: Being a vegetarian, many people ask, “but how do you get enough protein in your diet?”  I too wondered about this and twice tried eating meat again for health reasons. Both times, the meat did not agree with my body and after a while, I had to stop eating it again. It turns out we can live healthy lives without meat. In fact, a lot of American male adults eat about twice the recommended daily intake of protein, including vegetarians. While eating meat could be part of a healthy diet, eating too much can cause health problems.

Ivelisse: What’s your recommendation for people that are looking to become vegetarians or just want to eat more fruits and veggies?

Kristen: Whether a person follows a semi-vegetarian eating plan, a vegan eating plan, or something in between, it has never been easier to enjoy a Vegetarian Diet than it is today. North Carolina has many agricultural communities throughout the state with growing distribution through farmers’ markets, area grocery stores, and farm to table restaurants. If you are new to vegetarianism or just wanting to add more vegetables to your diet, I highly recommend using seasonal, locally available produce. The taste alone will win you over!

Here is one of the recipes Kristen enjoys this time of the year (click on recipe image to print). 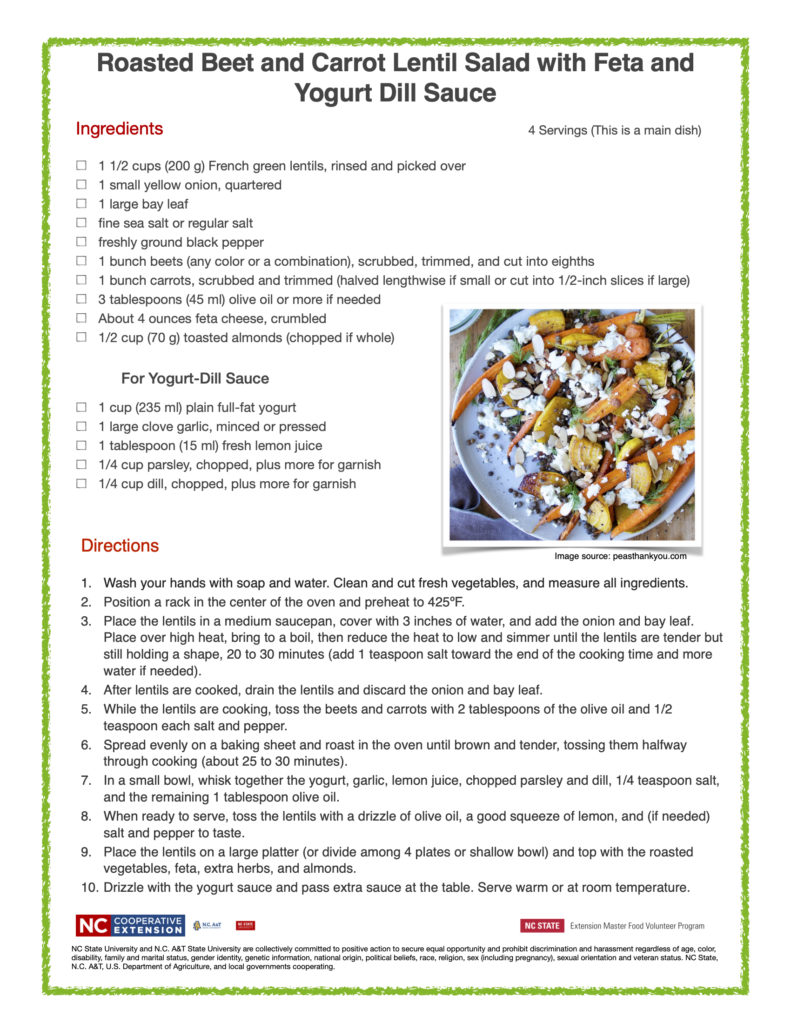